As a special treat for their fans, ALTER BRIDGE are releasing an EP with six electrifying live versions of the biggest hits from their last album plus a completely new track as a bonus - Walk The Sky 2.0. I had the pleasure to interview Mark about not only the EP, but also how he has spent all this unexpected downtime and more.

Walk The Sky 2.0 is out due on November 6 and you can pre-order on alterbridge.com or https://smarturl.it/WalkTheSky2.0 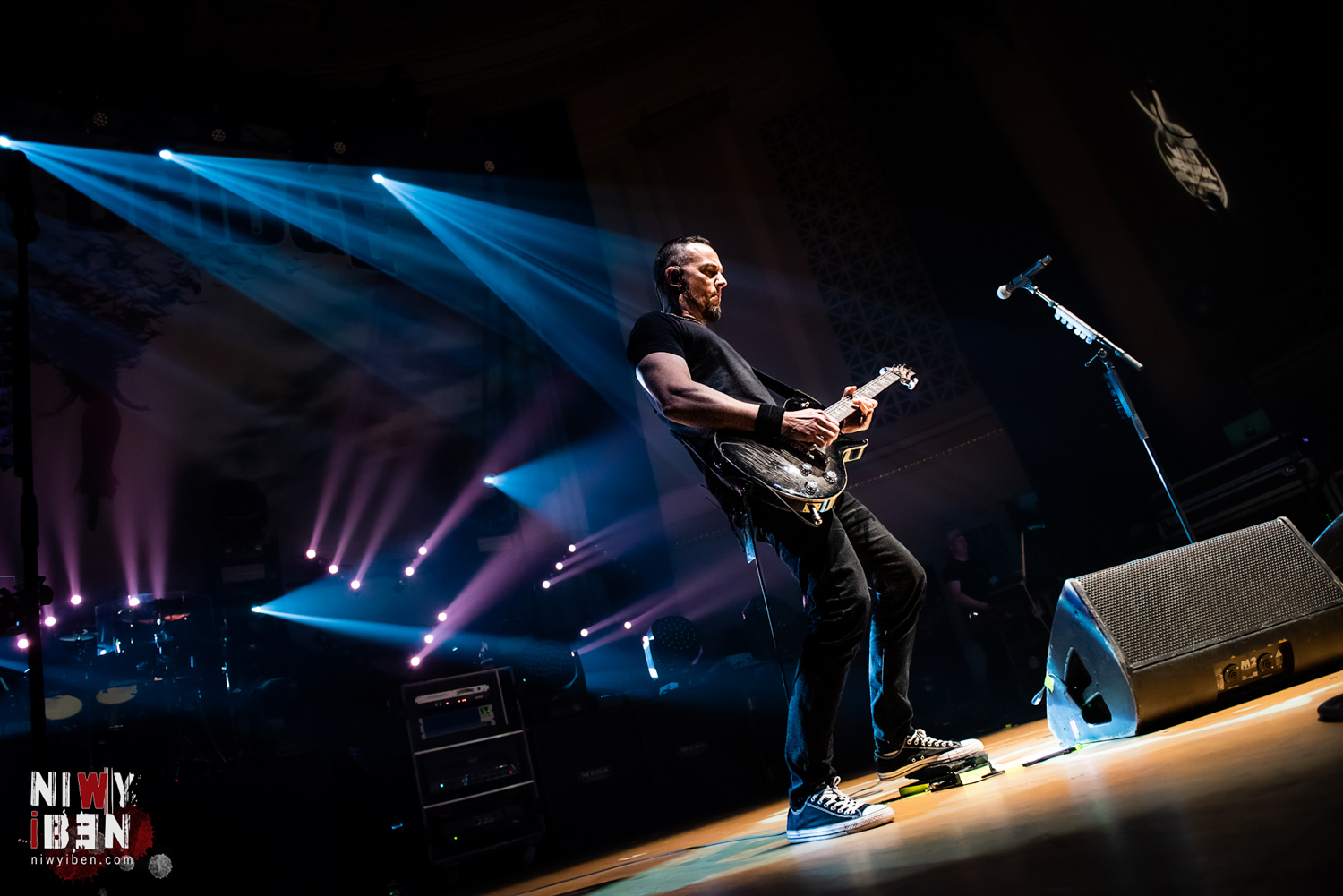 Hello Mark, good to hear you. How are you doing?

Good, thanks. Thanks so much for taking time for this interview. You've got new EP coming out, Walk The Sky 2.0, so let's dive into this. You release live records quite often, so was this on the table even before or was this release done mostly due to the pandemic situation?

Mark: It just kinda came about because we knew that everybody's putting a breaks on tour for who knows how long. So we decided to put something together to kind of hold everyone over fot the time being.

This EP also features one new track, Last Rites. When did you write and record this one? Is it a completely new song?

Mark: It was a small outline of an idea we brought out during Covid, finished it and it fit the time very well. So we thought we'd package it with these live tracks.

So how did you record it? Did you get together after Myles drove to Florida for his solo album recording or was it done separately?

Mark: We had to record separately. Myles did the vocals when he was back home. So yeah it was kind of cross-country kinda thing.

Was it different to your usual recording process when you were doing it like this?

Mark: Well to be honest when we record in the studio we usually do it separate too. We get together to put the song arrangements together, but then when we track we do it individually anyways, so it wasn't too different to begin with. 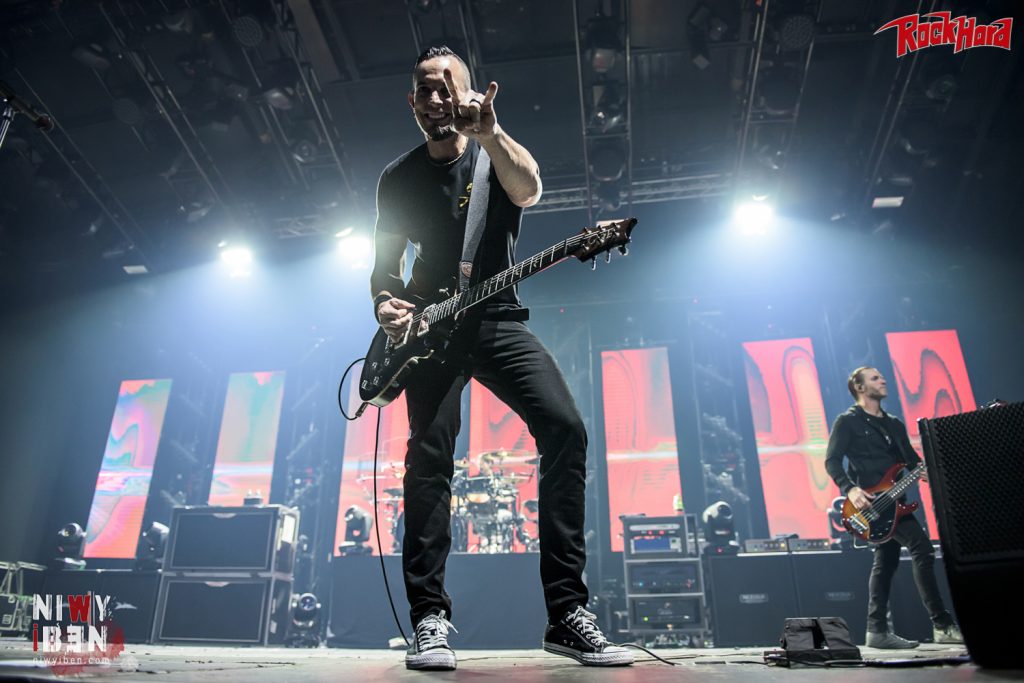 Apart from the new track, you have six live tracks, I'm curious where were these actually recorded?

Mark: I think they're just random nights. We recorded a lot of shows on the tour and then a batch of them was sent to Elvis [Baskette, producer]. He got maybe three different choices of each song and he got to choose the favourites to mix for us. From the first mix that we heard we just agreed with the choices and went with it. So there wasn't a lot of picking through the bunch of performances. The first things we heard we greenlighted and approved.

How did you choose what tracks will be included? You've got couple more from the new album that you played live on tour.

You also had a video guy on tour with you. Do you plan to release any of the live footage, maybe as a next video from the EP or something else?

Mark: We're always recording and keeping kind of the history of the band. We've got stuff to feature we just haven't anything planned as of yet for a future release. But it's always good to have that footage and recordings for somewhere down the line to maybe put them out.

Now that normal touring is not possible haven't you guys though of doing some kind of live stream or different kind of show?

Mark: Yeah, we thought about it pretty often how to go forward. We keep on scheduling tours and the tours keep on getting pulled of the table.

That must be pretty frustrating.

Mark: Yeah. We keep on planning and keep reserving room and keep on trying to be on tour. So when we finally get the go ahead we're gonna be ready to go. But as of right now we can't start our tours in the beginning of next year cause all those tours are getting cancelled. So we're just eager to get back out. We just don't know when it's gonna be.

So do you see AB touring Walk The Sky some more or will it be solo projects after the pandemic is under control and tours can happen again? 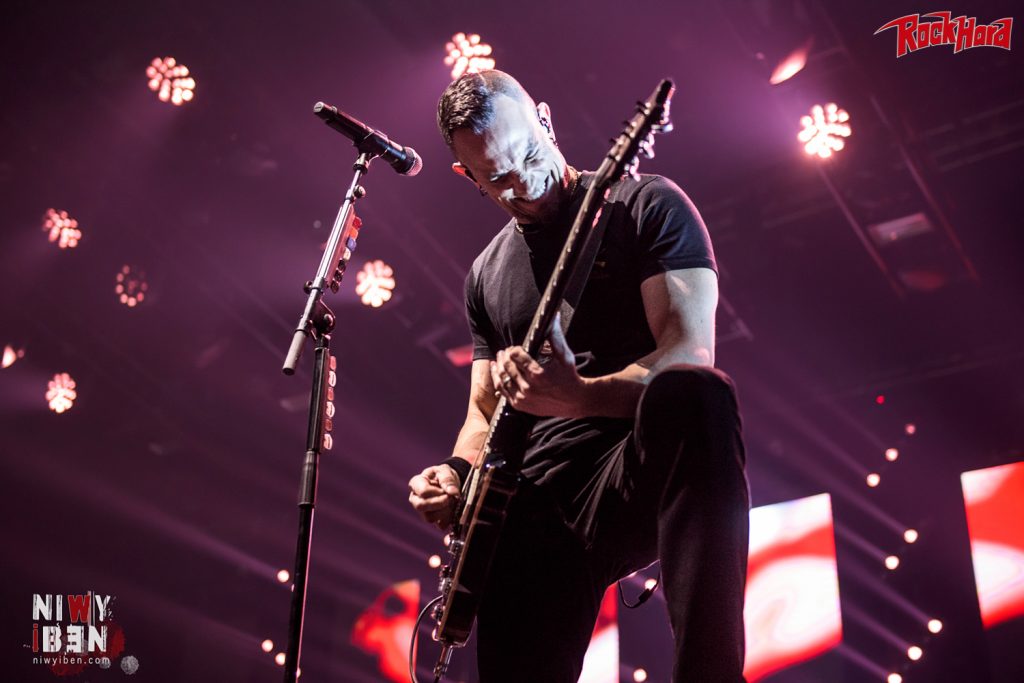 Mark: We plan on touring more Alter Bridge after the Covid. We didn't do a lot of touring after this album so we are eager to go out and do more touring. It would be a shame not to go out there and make the most of it.

Yeah, it's a great album and so far the tour has been a big success. With you and Myles working on other projects, some might have assumed you'd be touring that.

Mark: No, with the plan as of now we will continue with Alter Bridge. We'll see how everything plays out, that's the plan.

Apart from the EP you already did two merch releases to support your crew, which I think is beyond amazing. Can fans look forward for something more?

Mark: There is nothing really planned right now, just this EP coming out is really the only thing other than continuing to look into touring as soon as we can. Those are the only things really going on. As you said, Myles is recording, he´s actually here in town [Orlando, Florida] recording. Everyday I'm writing and recording demos for my next record and just staying as busy as possible.

Yeah, it must be pretty crazy. How long has it been since you've last been home for such a long period of time? It's been about seven months now and so far it doesn't look like any major shows are gonna happen before spring or summer next year.

Mark: This is the most I haven't toured since 1997, so this is pretty long.

So apart from touring, how did the whole Covid situation impact you the most?

Mark: It's been kind of a rollercoaster. At first I was really kind of just fixing my house around here since I couldn't do anything else, like I painted my entire house. Then I got kinda depressed and wasn't wanting to play guitar for a little while. Then once I got the guitar back in my hands I played guitar like crazy. And then I fell in love with Frank Sinatra. I always liked Frank Sinatra, now on the Covid break I've been obsessed and collecting every Frank Sinatra album. It's funny, when I was a kid I wouldn't have been into it at all, but I guess that's as you mature you get into things like that. That's it. Just been playing guitar, painting my house, listening to Sinatra and writing a new Tremonti record.

That doesn't sound too bad.

Mark: No, gotta make the most of it.

What is it like to be at home for such a long time? Your family probably is not used to it with your crazy tour schedule.

Mark: Yeah, it's every day you got all day you get to do what you want. So it's playing basketball with kids. My kids are fulltime back at soccer now. So we go to soccer at least five days a week, there's three or four practices and two games on a weekend so that keeps us busy too. Me and my wife we've been watching a lot of TV series. We've watched over ten different series over all this, so a lot of TV time.

Any favourites to recommend? 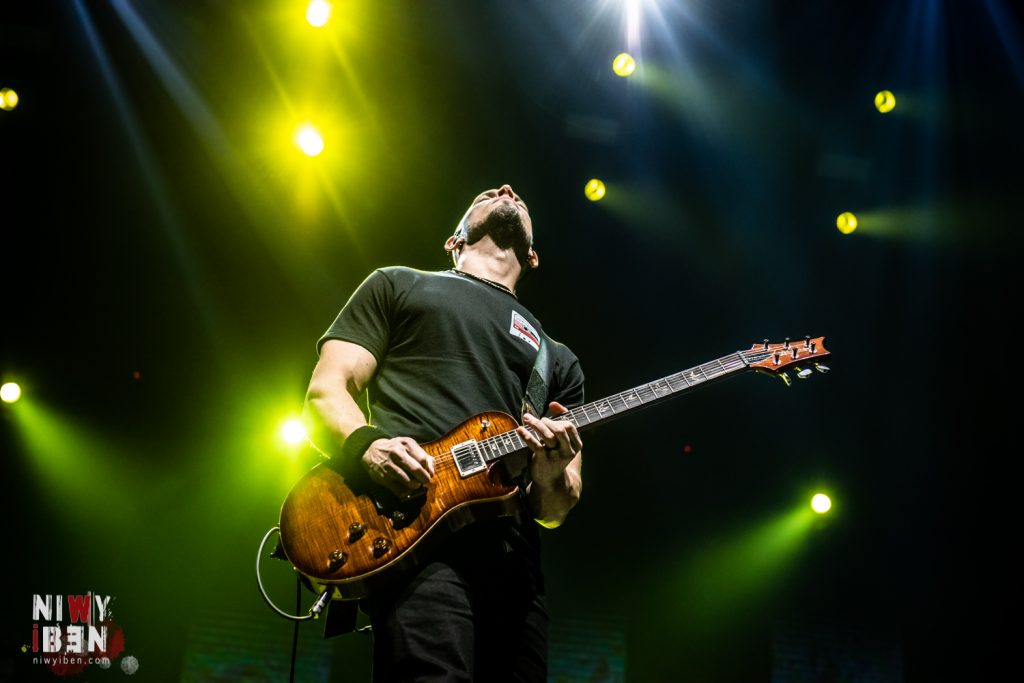 Mark: I liked the Ozarks a lot, that was great. The Boys series was awesome. I watched the Frank Sinatra HBO series, The Last Dance the Chicago Bulls story. I watched the Mandalorian, me and my wife have been watching Homeland, Jack Ryan. I'm not usually a big TV watcher, but during Covid there's been a lot of time. Good time for stuff like Netflix or to get the family together and watch a movie. We're just trying to keep ourselves entertained.

In the business terms, how do you think this whole pandemic will affect the music industry in the long run?

So when do you expect it to get back to what it was? Do you think it will? Most money is in touring, so this affects bands a lot.

Mark: We're fortunate to have been around for a while, but I feel that the bands that are just starting out - this is really crushing their careers right now. Cause if you look at a band like business and you had a business running for two years and now you're shut down for a year, that's gonna really hurt people. So hopefully this gets back on track soon so the people aren't just hanging it up. Even the big popstars, I feel bad for the big popstars who are having a ton of success and are not able to go out and tour and enjoy it. 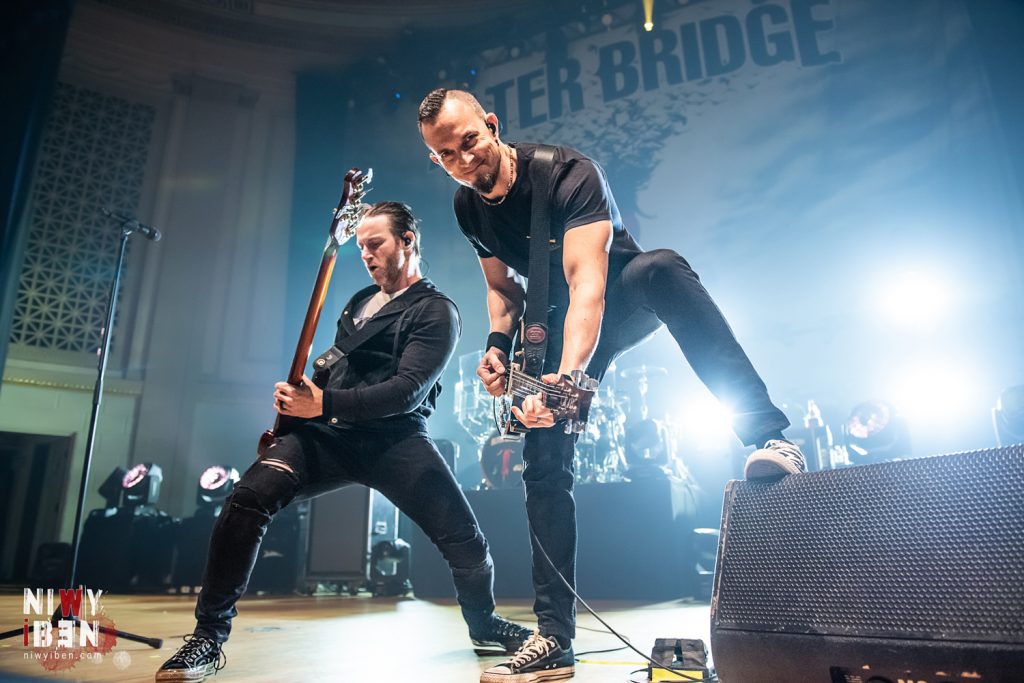 Yeah, I saw that some bands are doing livestream shows and it must be very weird to perform to an empty room. With audience online, certainly the connection between fans and band is not the same.

Mark: I'm hoping once there is a vaccine or once this hopefully goes away that people are so ready to go see shows that it's gonna be a reapers of a passion for live music.

Do you think this will impact the clinics and meet and greets you have at your shows?

Mark: I hope not. If anything we'll just put space between people and just put it in the larger area when we do it. But we'll work it out. We´ll just follow whatever guideline that we're supposed to follow and just like the shows, you'll have to follow those capacity guidelines. We're rule followers with Alter Bridge, we always follow the rules [laughs].

So Mark, what are your personal plans for the future?

Mark: I have to finish writing my solo album. I think the plan is to maybe hit studio in November or December. And that's pretty much my main goal at the moment artistically. Other than that I'm moving so that's taking up a lot of my time, having to pack up. So it's actually a good time to be home when you're moving. If I was on tour right now it would be pretty tough. This next month is gonna be busy. So yeah, making the most of it.